You definitely can’t “do” Florence in just one day. To “do” Florence, you need months. Because Florence is not the sort of city that can be “done” – there is just so much to absorb and so much beauty everywhere you look that it’s almost impossible not to be overwhelmed by it – overcome with what’s known as Stendhal Syndrome.

I had the wonderful opportunity to spend three weeks here, the summer before I started uni. So our little day trip was made easier by the fact that there was no pressure to rush to the Uffizzi or queue for hours to gaze lovingly at David in the Academia – instead we soaked up the atmosphere of the place and wandered through the city’s beautiful medieval streets. The perfect day, really.

My outfit is my new favourite ensemble – both pieces from the Kooples. Shop skirt here and t-shirt here. Really into my printed tees atm.

Our first stop was a bar in Piazza Santa Croce for a coffee break – my favourite bar in the whole of Florence! It’s called Dondino and, in my opinion, they do the best gelato in the whole of the city. You also get a gorgeous view of the church. Not bad.

We then strolled for hours, wandering through our favourite haunts – such as the fabulous Piazza della Signoria home of the famous Loggia dei Lanzi until we stumbled across a restaurant for lunch.

We really lucked out with what we found (deciding to go in because of all the Italian voices we heard coming from inside – always a good sign!) because not only was the food delicious, but we received a special and exclusive, private performance of Shakespeare’s Sonnet no. 57. In Italian from the restaurant owner. He literally made us all be quiet, whilst a waiter brought out a lectern on which he placed his ‘Complete works of Shakespeare’. Honestly one of the weirdest experiences I’ve encountered in a restaurant. But brilliant, nonetheless. Trattoria Nella – Via delle Terme – hit it up.

We then moved on to walk through the Piazza del Duomo, past the Palazzo Medici, at which point we stumbled across this new museum, which I had never seen before. As it turned out, it had only been there for two years – which is why I hadn’t heard of it – it must have opened sometime after the month I spent here about two years ago. It is dedicated to the Ospedale degli Innocenti, made famous by Brunelleschi’s classical design, begun in 1419.

I’d seen pictures of it before in my History of Art classes at school, but sort of forgot it existed when I was here two years ago, so hadn’t made the time to see it. Split into three sections: history, architecture and art, I honestly can’t recommend this museum enough.

The Ospedale itself was one of the first institutions to be dedicated to the nurturing of abandoned infants. And the building’s archives, much of which were on display, showed some of the tokens and messages that mothers left with their babies upon handing them into the institution. Really sensitively and beautifully displayed – such details made for a very moving experience.

The architecture and sculptures – mostly terracotta works by Luca della Robbia – highlighted the building’s importance – as the perfect, mathematical and harmonious proportions of the space could be strongly felt when inside. 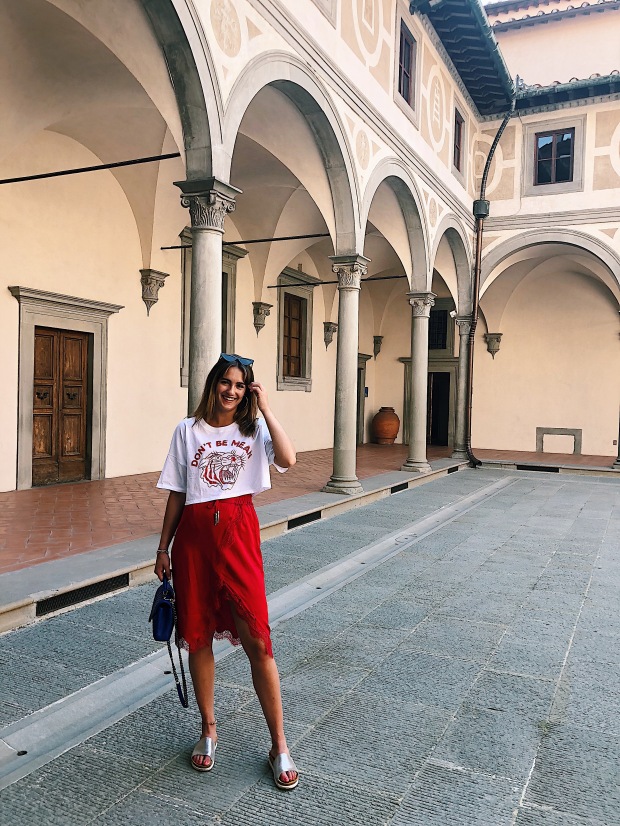 The museum’s art collection is also incredibly impressive – and I was very excited to finally see Ghirlandaio’s “Adoration of the Magi” (1485-88) – which I didn’t know was even in the collection. 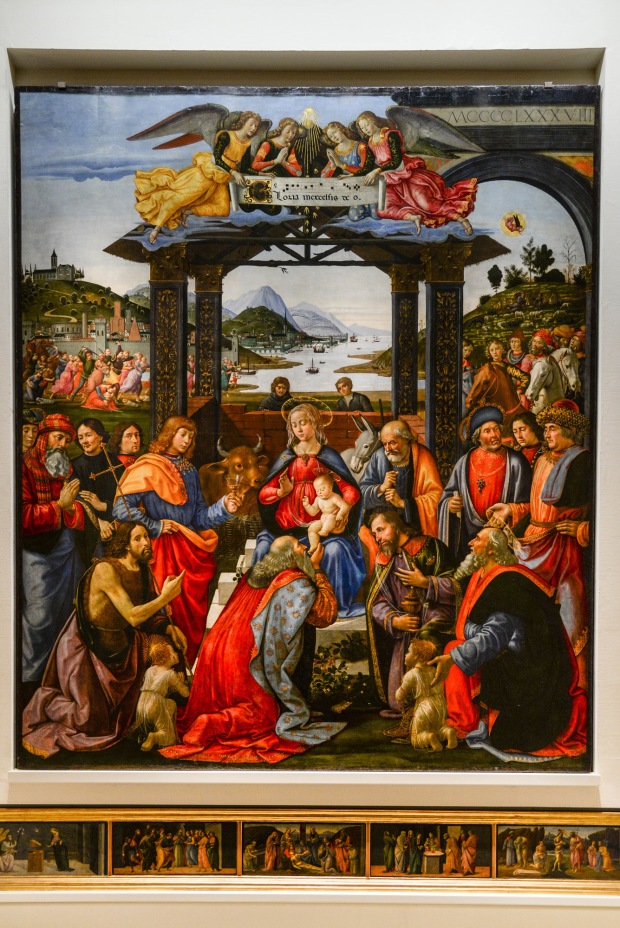 A very informative yet leisurely day.

Until next time – probably from Siena! 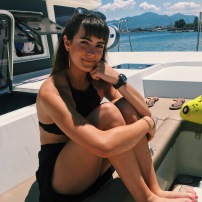